Some thoughts on the potential origin of non-polerouter dials.

There have been a handful of Polerouter examples recently unearthed that are missing the Polerouter text from the dial. Whilst some US-market models were also sometimes missing text from the dial, this article is concerning “undesignated” dials on specific models that have already been observed and described in good detail. Although we do not ultimately know the true source of these dials, there are a number of observations we can make:

The only known exception is the first execution Polerouter Sub 20369/1, all of which are known to be lacking the Polerouter Sub model text. Read more about this reference and characteristics of the different executions HERE.

ABOVE: Examples of “undesignated” dials across various models.

Based on this, we can confidently rule out a number of scenarios. Namely, we can rule out that these are any kind of pre-Polerouter model, or official early version of any model. To me, there are 2 likely scenarios:

The “undesignated” dials have been unearthed from all over the world, such as Eastern Europe, Western Europe, South East Asia and North and South America, so this decreases the likelihood that the first scenario is correct.

To me, the second scenario seems most likely – that they were some sort of service replacement, or a batch which never made it to the final printing stage.

Polarouters and Polerouters often had the Polarouter/Polerouter/Polerouter Sub etc text printed in a different colour to “Universal Geneve” and “Automatic”. It was also usually printed over the top of the crosshair. This indicates some sort of multi-stage printing process, where dials were first prepared with “Universal Geneve”,” Automatic”, etc, along with the crosshair, before finally being printed with the model designation over the top. For whatever reason, it seems these “undesignated” dials never made it to the final stage where the model name was added.

ABOVE: Example of dual-colour texts on the same dial, printed over the crosshair – an indication of a multi-stage dial printing process.

Was it just an unnoticed mistake by UG? Unlikely. Everything we have learned so far from the Polerouter line indicates that UG were extremely systematic and precise with their processes. Every number, dash, and letter, means something specific to a specific reference model, and there is yet to be an element of randomness. Changes in text, printing, and crosshairs and lume plots correspond with production changes and are linked to serial numbers.  As yet, there is no indication that the watches with “undesignated” dials came from the factory like this, and unless some evidence to the contrary becomes available, then it would be safer to assume that they did not.

Of course, these thoughts are only derived from logic-based guesswork, so if you have an alternate theory about the origin of these”undesignated” dials, please feel free to get in touch with us using the contact form. 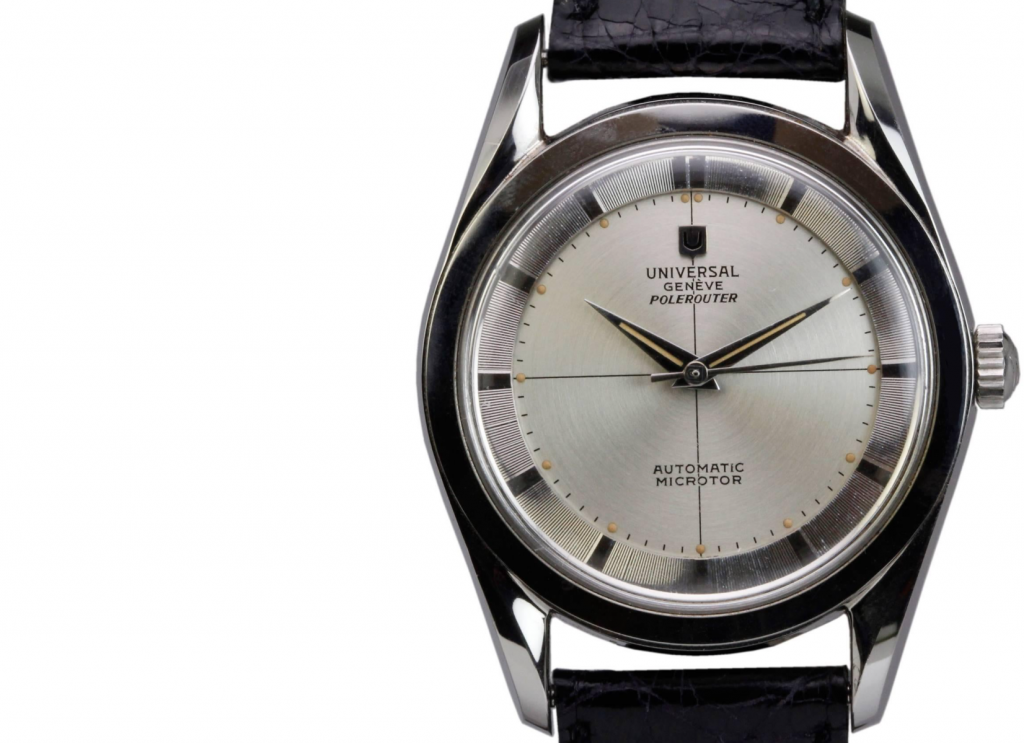 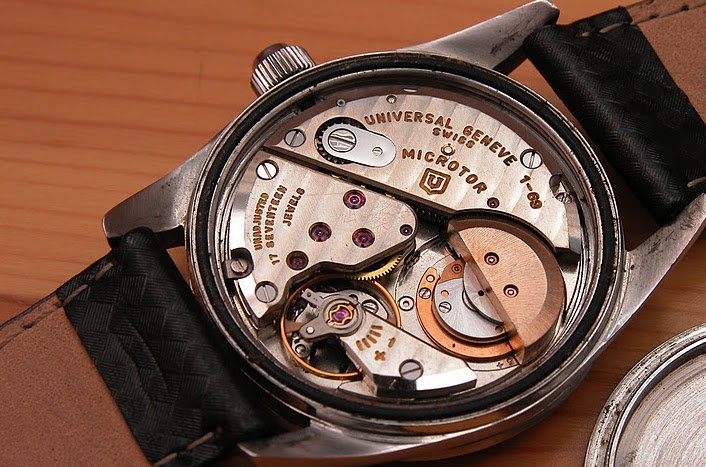 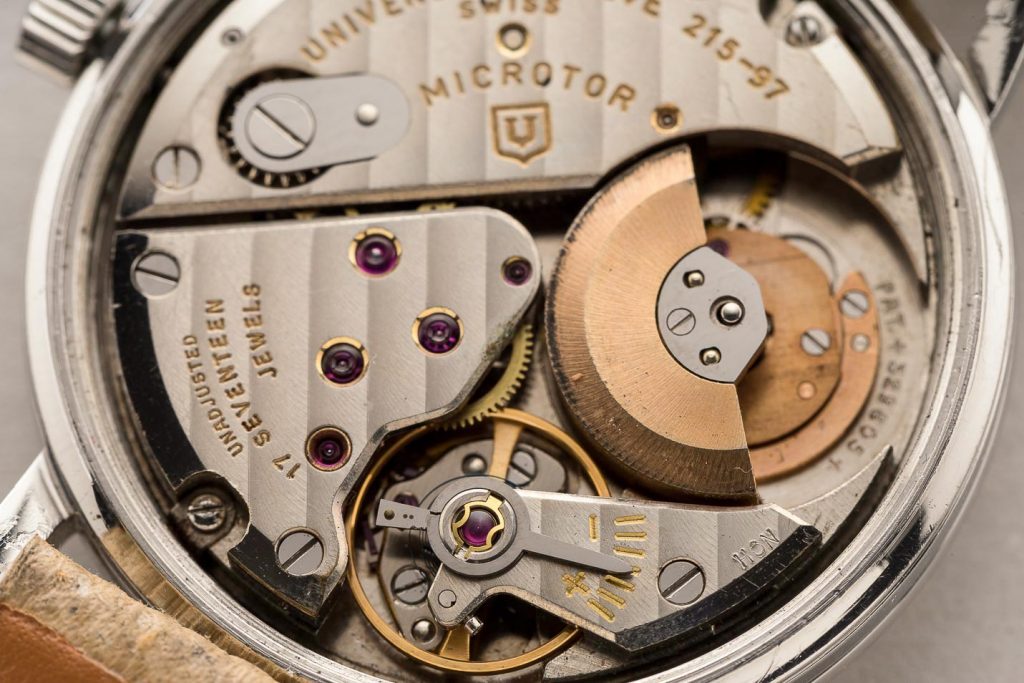